Right about now we’re quite sure you could use a good news story and we’re happy to oblige. Each month our colleagues at GovDataDownload publish a story about one of NetApp’s data visionaries – men and women who are immersed in the world of data and data management and helping federal, state, and local government agencies put data to work for the to protect and serve the country.

Recently, they talked with Chris Ginder, Regional Director, Civilian Agencies at NetApp U.S. Public Sector. It turns out that Ginder has had an unexpected career path, but one that has given him a front-row seat at an IT revolution. Read on to find out to learn more about Chris’s unexpected career path and how he’s been helping NASA on a pilot telehealth program.

GovDataDownload (GDD) Editors: Tell us a bit about your career path – how has it led you to where you are today? 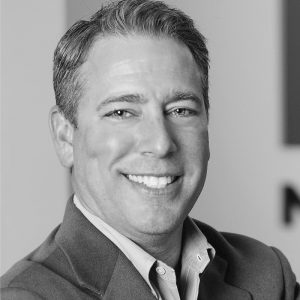 Data Visionary Christopher Ginder: I was actually a history major while pursuing my undergraduate degree at The University of Texas at Austin and was planning on going to law school, so my career in the technology world is not something I anticipated. I got started in IT by helping a friend move into her dorm room. Her dad and I were moving this huge mahogany desk from Henrietta, TX up all these flights of stairs and got to talking. He was an attorney working for Dell and encouraged me to apply for an internship there. He knew my plans for law school, but after working with him for the summer, he told me “You’d make a good lawyer, but you would really excel in sales.” While I was really disappointed, it turns out he was right.

Sometimes it takes an outside perspective to really see things in yourself that you cannot. After thinking about it, I realized I had always enjoyed sales and forging relationships with people. When you decide to pursue something that you’re naturally drawn to, it has a multiplier effect on your strengths, as opposed to having to work twice as hard at something you might not be as well suited for.

I really liked the culture at Dell and decided to stay after my internship concluded, moving into inside sales. The sales path continued at Dell into outside sales, then various roles at other tech firms following a move to the DC area to pursue my MBA at Georgetown University, joining at NetApp in 2007. I’ve been here for 13 years now and I get to work with an amazing team for a company with a supportive, forward-thinking culture.

GDD Editors: What do you find most rewarding about working with public sector customers?

Ginder: I’ve always had a pretty optimistic view of what government can do and to be effective in the public sector, you have to believe in what you’re doing. When I was younger, I was drawn to shows like The West Wing and Meet the Press and seeing people that were fundamentally interested in the mission at hand was inspiring. That’s what I see in so many of our customers: a real passion for the mission. It’s rewarding to be a part of something bigger than yourself and have a hand in affecting change. I pride myself in our ability to help our customers continue to innovate and develop new capabilities for their constituents.

GDD Editors: Recently, our content has been focused on changing cloud models and consumption. How do you see this evolution?

Ginder: I’ve been in the technology field for 25 years now and have had a front row seat to the evolution in the cloud. What comes to mind most prominently is the changing natures of on-demand consumption versus a major capital purchase. With on-demand cloud consumption, budget-sensitive agencies are afforded the opportunity to fail fast and find a model that works for their mission.

Cloud is the great equalizer. It offers a more level playing field for any agency or organization regardless of funding. It can be stood up and rolled out quickly, making it easy for agencies to reap the benefits just as quickly.

In fact, I recently worked with Dr. Yvonne Cagle at NASA on a pilot telehealth program called NASA Telemedicine BSI (Breathing Space initiative). It will be able to bring quality medical care to many parts of the country, and even the world, that may not have easily accessible local physicians. This program probably would have taken a year or more to stand up two decades ago at the start of my career. We stood this pilot up in two and half months with the help of NetApp Cloud Volumes, which is able to provide data fabric, storage efficiency, and end-to-end data management capabilities.

GDD Editors: As you help customers on their cloud journey, what advice do you have?

Ginder: The process of going to the cloud has to be more than just data migration. Data processes have to change; agency culture has to change. Adapting to change can be tough for people, but it’s so necessary, especially in today’s work environment.

It’s important to look at the data’s impact as a whole and then understand the incredible flexibility that comes with the cloud to get to the root of fundamental process change. Think about what the cloud really allows your team to do and the new elasticity and scalability that’s possible with it.

Changing technology is easy but shifting people’s attitudes and processes can be difficult. I encourage our customers to work on adapting their cultural approach to the cloud while they are adopting the technology itself.

GDD Editors: Can you share a time/a personal example where data changed your world?

Ginder: About 10 years ago, there was a hostage situation at the Discovery Channel HQ in Silver Spring, MD, where my wife, Shayne, was working at the time. That afternoon while walking back from lunch, looking down at her phone, she literally bumped into the gunman when entering the lobby. Fortunately, he was so flustered, he hastily turned her away and thankfully she was able to leave the scene unharmed.

I, however, was not privy to that information until well after the crisis had passed. I was instead, glued to the TV and watching the story unfold in a hotel room across the country while on business travel. I was desperately trying to reach my wife to make sure she was alright, but because phone circuits were jammed, the only updates I was receiving were through the news. Not having that reliable access to information about my wife during such a terrifying situation was unbearable.

That situation is more dire than most people face on a day-to-day scale when it comes to data access, but data access really can mean life or death for some. Especially during this pandemic. The urgent need for reliable data access can be illustrated in a lot of different ways, and we want to be part of the solution in making it accessible, no matter the time, place, or situation.

Robots and Chip and Joanna Gaines? Only at NRF 2019.